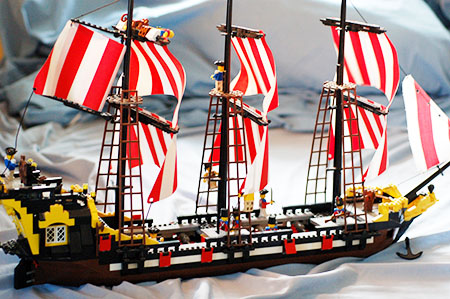 I’m still slight hungover from the holiday festivities and have failed to catch up on sleep. (Oh, and my client REALLY wanted an 8 am conference call tomorrow… on my vacation.)

So – let’s make this easy and holiday themed.

Was there a special gift or toy you wanted as a child but never received? What was it?

Your eyes do not deceive you. I really wanted a Lego Pirate Ship (also known as the Black Seas Barracuda) for a number of years during my childhood. I want to say it was roughly around $150 (in the late 80s/early 90s), so my parents wouldn’t budge because it was too expensive. It also had a zillion tiny parts. Apparently my brother already had a bunch of Legos that I could build stuff with as well.

Then they tried to appease me by gifting me some “girl Legos.”

I liked my beach cabana just fine (I mean, it had a palm tree and everything), but, I really wanted the pirate ship.