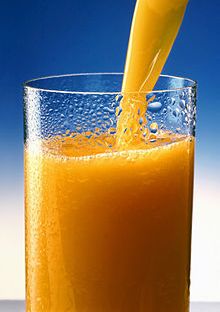 You know… I’ll admit it. I used to love the occasional hypoglycemic episode. The off chance you could “cheat” your diet and have something super sweet, like a Reese’s peanut butter cup, or a handful of Skittles, or that piece of cake with the frosting still on.

Now that they are coming so frequently for reasons unknown to everyone, I feel like I’m abusing my orange juice bottle. I’m now dropping into the 60s (or lower) almost daily. My day today actually started at 1:30 am this morning with a dip into 37 mg/dl. (That was after waking up in a cold sweat… again.) After a midnight snack and minor correction, I woke up the following morning around 170. (Oddly enough, not an epic rebound.) I kind of stayed elevated all day until I finally raged bolused myself back to 108 pre dinner. (Those protein shakes are tricky apparently.)

I did my Sunday baking to plan for my breakfasts this week. I made these and followed the given nutrition facts as stated. 27 grams of carbs for one. But I split it with the hubs and I was probably still floating around from dinner and eating some of the batter, so I gave for 15 grams of carbs.

About 20 minutes later, I was 59 mg/dl. Hello juice box… we meet again. Oh and here is the headache… shakes… urge to eat everything in the fridge even though you are full. Yeah, this isn’t fun anymore.

So I’m not really sure what to do. I know I need to do my overnight basal testing, which should help stop the 1 am lows, in theory. However, I can complete the test if I’m dropping low by 8 pm. (Which makes me think it’s still a bolus problem.) Or maybe I’m just calculating too much. Maybe that latte didn’t have 14 grams of carbs. (Even though, it says it does…)

In my best effort to eat better and cut out as many carbs as humanly possible to alleviate my postprandial spikes, I seem to be doing myself an even greater disservice. Therefore I am doubting all of my efforts once again.

I don’t even want to think about what food aversions I’ll have while pregnant and the lack of control I’ll experience. With my luck, I’ll probably have to give up the juice.

2 thoughts on “I have a drinking problem…”