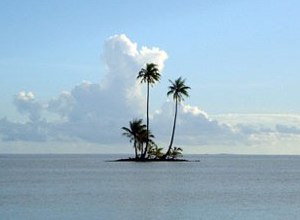 First thing: I’m coming off of a 12 hour day, so my post might be a little loopy and disjointed. I attempted to reconcile some accounting records at the studio tonight and numbers started blurring together, which would help no one.

But yes! A 12 hour day. Which means that I finally landed a full time job after two months of interviews, resumes, and false leads. Now that I’ve been back in the workforce, it’s been a weird adjustment. I forgot last night as the clock extended beyond 11 pm that I had to be up at 6 am today and that it was going to be a long one. (But SYTYCD was so good!)

I’m essentially an Executive Assistant to an off-site Association. The office I’m in actually staffs about 14 different Associations. “Wearing different hats” really does come into play here. Our admin assistants that answer the phone answer calls for each organization based on the Association that pops up on caller ID. For now, I’m in charge of one association.

Being that everyone has their own organizations to tend to, it’s not much of a “team environment.” Don’t get me wrong – if something needs to get done, people will pitch in from what I can gather. And everyone seems to have a small hand in everyone else’s client’s business. For the most part, people leave you alone for the day. My office mate sits two feet away from me and barely says a word. (I’ll give her some credit today – we started a couple conversations.) Everyone does lunch on their own. People work their own hours. It’s a fairly autonomous office where people just work. You’d think I’d be enjoying it more, however I suppose it’s too early to tell.

The biggest gripe I had about my last job was that erry’one was in each other’s business. And the whole “we function as a team” ideal was taken too far. Look kids – I’ve been in those group projects in college. Someone (read: me) always gets stuck doing the most work. I did a lot of work at my old job by myself and my co-workers found that off-putting. So I found an excuse to quit by changing careers. (We all can see where that led me.)

My big issue now is that no one has really asked me about the whole diabetes thing. I don’t hide the fact that I am at work either. I check constantly. My CGM makes all sorts of noise. I asked for the medical benefits outline at Orientation because I was curious about what my supplies were going to cost me in 90 days. (FYI – $100 for a 90 day supply. Ughhhhhhh. I’m gonna miss my old coverage.) At my previous association job, they called meetings every time my regiment changed… which was a bit uncomfortable, but whatever. At the PR firm, my office mate grew up with a T1 mother and my old boss was a former EMT, so I was relatively safe. And the studio has known me for so long that I just offered a refresher course in diabetes management. Here? Not much of anything. I’m sure it might come up if they bring out a birthday cake, but nothing so far.

I don’t remember what I’ve done in the past. Usually I had to explain my condition to bosses because it meant that I required a set lunch time and that brought up the follow up questioning. Or I had to explain why I was busting out syringes in public.

Now that I’m relatively invincible, treatment-wise and as an employee, I’m not really sure how to bring it up. People need to know what to do in emergencies but I don’t want to come across as a special case that people need to worry about. Generally, people don’t have to, but with my strange lows creeping around again?

I’m sure I’ll get over it. I’ve only been there for two days. In five days, I might put a sign on my forehead.

2 thoughts on “An Island of One”