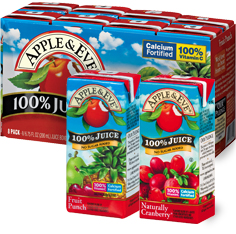 I woke up this morning with a fasting BG of 85, which is like the first normal sugar I’ve seen in the morning for a while. Nevermind that I had to wake up at 2 am to correct a 147, but… I guess that’s better than I’ve been trending recently.

Exercise does wonders apparently as I discovered last night. Maybe it works a little too well.

As I’ve mentioned, I’ve somehow convinced myself that competing “one last time” in ballroom is a good idea. (Said this last year too… but let’s be honest, I thought I would have a kid by now. I don’t… so…)

So I’ve turned up the pressure on myself and I’m hanging out at the studio a lot more to “practice” and meet with my instructor. (Practicing usually entails me starting to learn my tango choreography for about 5 minutes, forgetting how a pattern went and giving up shortly after.) Last night was more tango; ideally for clarification.

My meeting wasn’t until after 7, so I had plenty of time to enjoy the meal my hubby was prepping when I got home. I had just recovered from another low as I was leaving work, but was recovering to a 134 by the time I had dinner. (And had previously bolused for the snack I had in addition to the 15 grams I ate to treat the low.) I accounted for my meal (around 35 grams of carbs or so), ate, grabbed my stuff and headed off to dance.

On the car ride over, I started feeling “funny.” You know that feeling. It’s the “ah, crap, the BGs are dropping at a steady rate and I’m in a moving vehicle on the freeway/already late for my next appointment” feeling. But I just ate. Hmph. Rather than risk passing out on the freeway, I threw some glucose tabs down and continued my 20 minute trip to the studio. I figure if I was incorrect in my assumption, I can correct for it later.

My BG upon arrival was 86 mg/dl. Fine. I guess I needed those tabs. I set a temp basal for my lesson and start warming up. No less than 20 minutes into the lesson, I’m starving. And tango is making less sense than it should. I mean, it already doesn’t make sense… but it REALLY wasn’t making sense at that point. I excuse myself (which seems to be a common practice these days) to find out what the magic number on my meter is.

I keep a stash of apple juice boxes in the fridge at the studio for hypo episodes I experience while behind the desk. (It’s just quicker to get back to work with a juice box than a mouthful of glucose tabs.) I pop out of the office with box in hand and momentum stops for a minute. I get the “oh, good, I didn’t need you to die on me today” look from my instructor and we take another break. Nearly 32 years old and I’m chugging down a juice box faster than a thirsty 3 year old… in public. Thankfully, I skipped buying the ones with the cartoon animals on it this time around.

I finished off the night (even test ran a new dress), went home and still somehow managed to keep my BGs under 100 until I went to sleep. I got nervous about the 95 I had before bed, and with 1.2 units OB. My CGM was charging, so I had no safety net. Given my trend today, I’d rather treat a high at 2 am, so I had a small glass of milk and called it a night.